Champions Run Golf Course stylistically showcases the natural beauty of Middle Tennessee while showcasing the distinctive mark of its architect, C. Stuart Moore. The 6,900 yard, par 72 layout wraps itself gently around beautiful hardwood trees and picturesque landscape. The championship course features 18 holes, 16 bunkers, numerous water hazards and challenging tee shots. Every hole is unique in its own way. The top-conditioned course provides the perfect measure of comfort and challenge for your individual game. We also have an additional par 3 which we refer to as the 19th hole.

This hole is used when we need to do renovation work or detailed maintenance on one of our original 18 holes. We have 4 sets of tees to fit the needs of all levels of golfers ranging from 5,400 yards to 7,000 yards. We also have the best game improvement area in Rutherford County which includes over 10 acres of driving range area with dual directional tees and over 10,000 square feet of practice putting green space with 2 bunkers for short game practice. We also provide a full service food & beverage operation with a full menu to fit anyone’s appetite.

Our facility was designed to fit the needs of any golfer: The atmosphere at Champions Run is very welcoming to the 1st time golfer and the golf course will challenge the best of golfers from the championship tees. The Champions Run staff takes pride in offering each golfer the best golfing experience available at the fairest rate. You get more for your dollar at Champions Run!

Steve Graham has spent the majority of his life in and around the golf industry. He is the son of a fine amateur player – Martin Graham Jr. – two time winner TGA Senior Amateur Championship and nephew of one of Tennessee’s greatest tour players, Lou Graham, winner 1975 United States Open Championship and 3 times Ryder Cup member. Steve first became interested in operating a daily fee facility as he was working at several different courses in high school. Steve played college golf for Middle Tennessee State University and during his college career won the 1990 Tennessee State Amateur Championship and made the all Ohio Valley Conference team in 1989. After graduating he worked for two years as a PGA Assistant Professional at Windtree Golf Course, an 18 hole upper end daily fee golf course.

Starting in 1994 Steve played professional golf for two and a half years on several of the smaller tours in the U.S. Then in 1996 Steve returned to Windtree where his duties included: managing the golf shop, creating work schedules and managing labor costs, accounting on a daily basis, controlling inventory, planning and managing tournaments, coordinating with food and beverage department, teaching golf lessons, to groups and individuals, men, women, and juniors, operating week long junior golf clinic with over 40 participants and repairing golf clubs.

In 1998 Steve went to work for McHenry Metals Golf in their tour promotions department. His responsibilities and accomplishments include establishing personal relationships with tour professionals, making McHenry Metals the number one Driver model on the Senior PGA Tour during the 1999 Season. He also provided player product support by fitting products to the players and building clubs to their specifications. He participated in budget preparations and player contract negotiations and communicated to the McHenry Company on all issues concerning player relations, product performance and club design.

Steve went to work for Champions Run Golf Course in the fall of 2002 as the General Manager and Director of Golf. His love for the game, his exposure to great players at an early age, his college and professional playing career, and his years working on the 3 major US Tours have given him a unique understanding of the golf swing and how to teach. Steve has taken several golf lessons in his life from many of the top rated instructors in the world, has played golf with several tour players, and has learned through trial and error on his own how to teach the game of golf. Some of Steve’s greatest influences on teaching and playing include: Martin Graham Sr., Martin Graham Jr., Lou Graham, Ron Graham, Harold Eller, Mike Adams, Don Sargent Jr., Bob Torrance, and Padraig Harrington. Steve is a Class A Member of the PGA of America and is a NRGC certified golf instructor.

Ray Pearce was taught the game of golf by his grandfather, Harold Eller, longtime Old Hickory Country Club professional and member of the Tennessee Golf Hall of Fame. After playing football and golf at the University of Memphis and the University of Tennessee at Martin, he turned professional and worked as an apprentice under Richard Eller at Forrest Crossing Golf Course in Franklin and Gene Dixon at Stones River Country Club in Murfreesboro. While at Stones River he completed PGA Business School I and PGA Business School II. As a competitor he won three consecutive Tennessee State PGA Assistant’s Championships and finished fifth (70-68-64-66—268) in the PGA Tour’s Chattanooga -Hamilton County Classic. In the fall of 1990 he earned his card to play the Ben Hogan (now Nationwide) Tour. From 1991 to 1993, his best performance was in the South Carolina Open where he lost in a playoff to Tommy Lehman, the tour’s leading money winner. Ray’s experience also includes four years as a golf instructor at the Tennessee PGA Junior Golf Academy at Golf House of Tennessee. From 1999 to 2001 Ray worked on the construction and maintenance of the President’s Reserve course at Hermitage Golf Course in Old Hickory, as an assistant golf course superintendent under Bobby Schultz.

Ray was an All-State football player at Old Hickory Academy (now University School of Jackson) where he also excelled in basketball and golf. At UT Martin he won the Gulf South Conference Championship. In 2008 he was inducted into the Jackson-Madison County Sports Hall of Fame.

Get the latest news and specials from Champions Run Don't miss out! 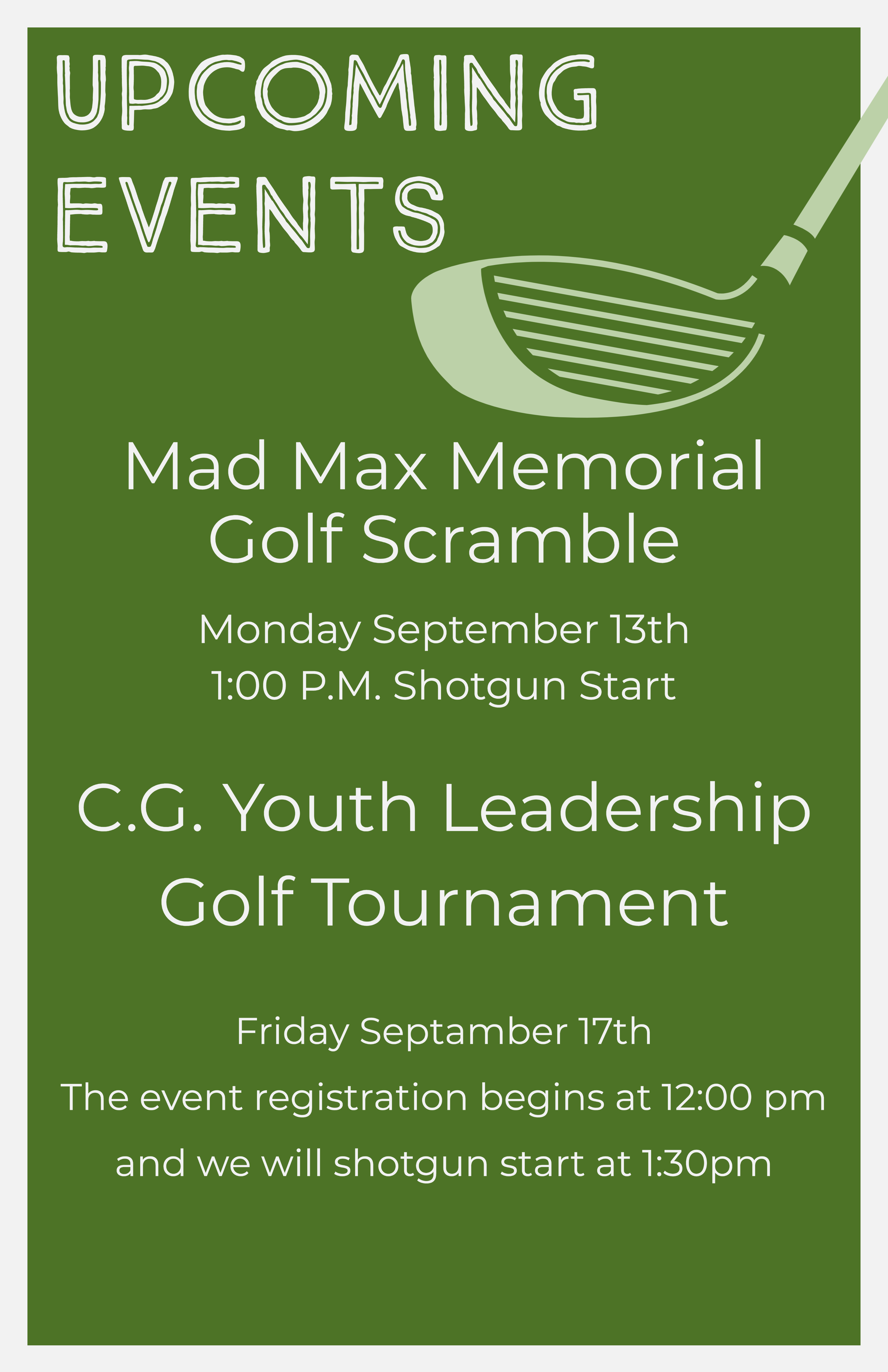 To learn more or register a team for one of these events,  CLICK HERE!!!